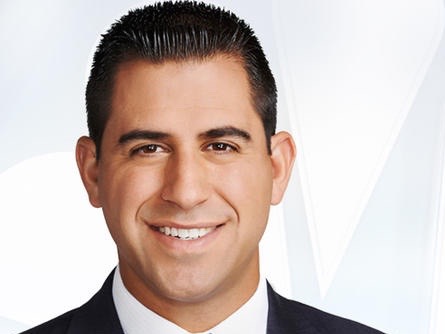 WNBC sports anchor Harry Cicma found himself in the middle of a dating scam.

But he didn’t have a clue until a viewer in the New York area sent a tip to the station’s I-Team.

The woman says she met a man on Match.com who she really liked. In fact, she admitted to reporter Pei-Sze Chang that he was near perfect.

“He says, ‘I’m doing good, but doing better now that you are here, my love,’” she said as she read one of his texts.

All changed when he started asking for large sums of money. The man she was talking to was supposedly in the military so she assumed he made money. He also wouldn’t tell her what the money wire would be for.

So, she decided to do some research on him. She did reserve search of the photo he sent to her online.

“What starts popping up is he’s a news correspondent, he’s a former tennis player,” Eckenreiter recalled. “I said, ‘Oh my, this guy is right here in New York.’”

The photo was of Cicma, not a military sergeant. Cicma had no idea his photo was being used in that way.

A deeper search showed his photo was being used for eight active and fraudulent dating profiles.