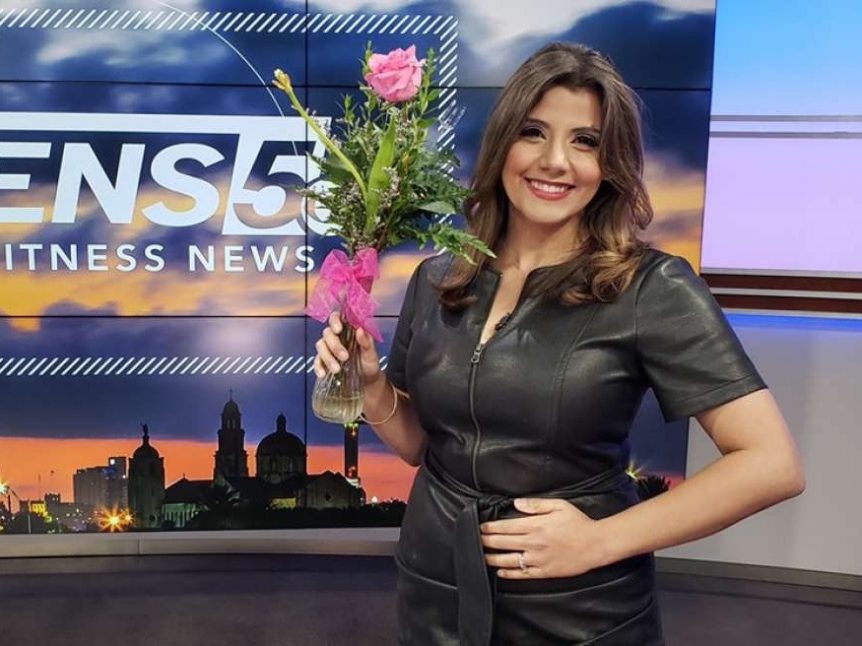 “It was a total surprise,” said Forgany, who is due in May. “I guess working from home for months did the trick.”

According to an interview with the San Antonio Express-News, Forgany found out she was expecting while in the hospital dealing with a health issue.

“Unfortunately I had to tell my family over FaceTime from the hospital bed,” Forgany said. “In my head, I had it all planned out differently. I wanted to be there in person and surprise them. But life has its own plans.”

Her own father had just been released from the hospital, where he had been in isolation for the last six months following a liver and kidney transplant. Because she would be unable to welcome him home, Forgany decided to deliver the good news.

“There was an explosion of tears on FaceTime from my parents and my sisters, Forgany said. “I knew this would mean the world to them.”

Forgany, who is in her late 30s, wasn’t sure she and her husband would become parents.

“Honestly, I’m a little nervous because I’m so new at this,” she said. ” I have no idea what kind of mom I’ll be. I can only hope I will be a good mom, the way my mother is to my sisters and me.”