NEXT:Anchors Return to WCBS Studio in New York City
PREVIOUS:Co-Anchoring From Home Takes Coordination, Trust and a Sense of Humor 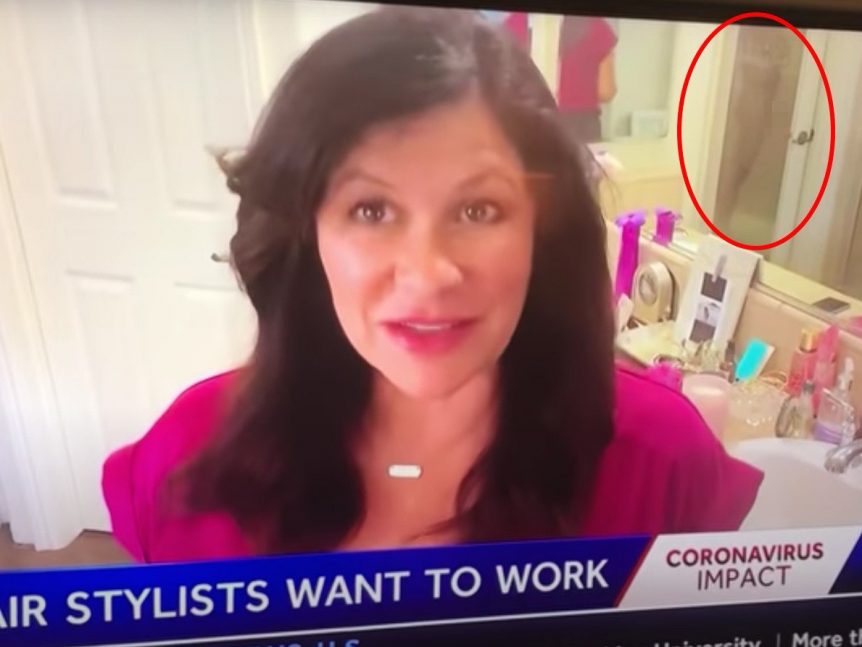 KCRA reporter Melinda Meza and her husband have gone viral after her inadvertently live shot revealed much more of her home than she had intended.

The Sacramento television reporter, who is working from home like many local newsers right now, was doing a live segment on home hair cuts from her bathroom.

During her tag, Meza cut her own bangs, which the anchor back in the studio called “brave.”

But that wasn’t why the clip went viral. It was what viewers saw reflected in Meza’s mirror: her naked husband taking a shower during her live shot.

The wild social media reaction started with a number of tweets like, “Let me know when you see it,” followed by, “Damn why she wanna work when she’s got all that at home?”

Let me know when you see it pic.twitter.com/GocQ5oiMZa

One viewer recorded the segment and posted it to YouTube.

Neither the station nor Meza have said anything publicly about the blooper.