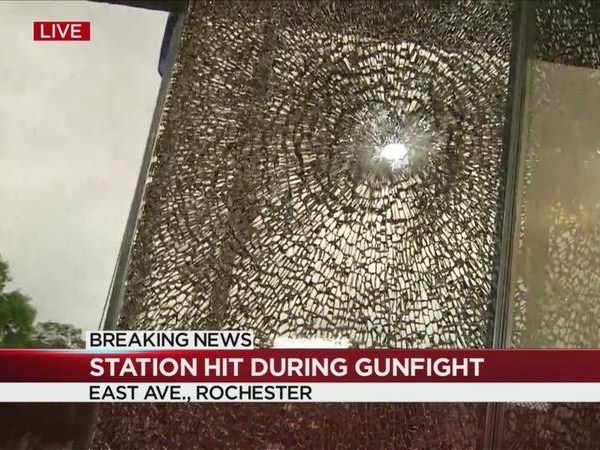 The violence in Rochester, N.Y., has hit home at WHEC.

On Sunday around 1:30 a.m., the station’s windows were shattered as two groups exchanged gunfire on East Avenue, said Rochester police.

According to the station, the bullets landed in the lobby.

WHEC staffers were inside at the time prepping for the morning shows. They dropped to the ground once they heard gunfire.

“We are most grateful that all of our colleagues are safe and no one at News10NBC was injured. We appreciate the dedication of our team members who continued station operations uninterrupted,” said vp and gm Richard Reingold in a statement. “We understand that News10NBC was not a target. Our thanks to the Rochester Police Department for its rapid response.”

The incident is under investigation.