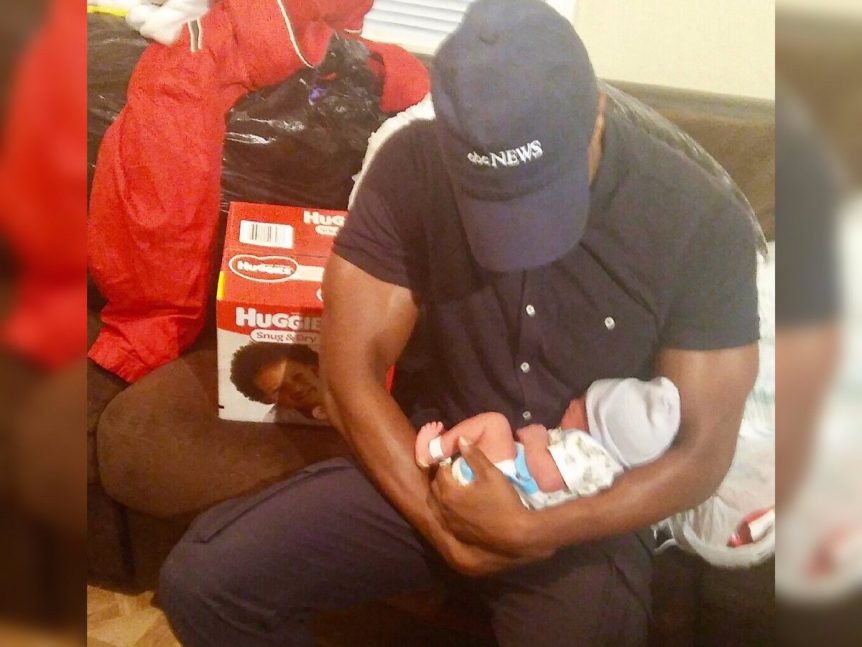 KTRK reporter Chauncy Glover got a chance to meet the baby he helped deliver during his flood coverage.

“While ABC13 reporter Chauncy Glover was on a boat rescuing people from the high water, he got an assignment he never saw coming,” said the ABC affiliate’s story.

Earlier this week, TVSpy told you when Glover came across a woman in labor while on a rescue boat. We now know the woman’s name is Shae and she gave birth to a baby boy named Joseph.

Glover held her hand while she delivered in flood waters.

The reunion was captured on camera. You can watch it below.