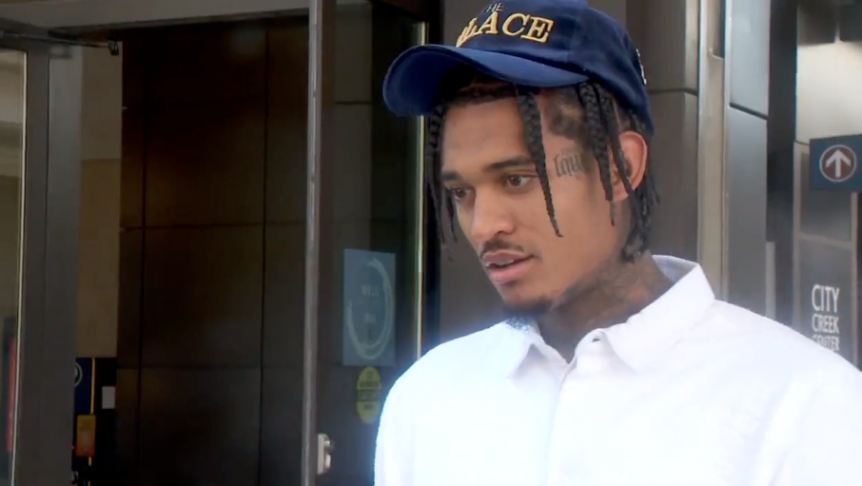 NBA player Jordan Clarkson played along with a local reporter who didn’t recognize him while she was conducting man on the street interviews outside the Vivint Arena.

KUTV reporter Hayley Crombleholme, who is not a sports reporter, was getting fan reaction on the arena requiring proof of vaccination for Utah Jazz games when she ran into Clarkson, who plays for the hometown Jazz.

“Did you go to any Jazz games?” asks Crombleholme.

Clarkson averaged a career high 18.4 points per game last season and was voted the NBA’s Sixth Man of the Year.

She also asked Clarkson to spell his name, which he dutifully did.

In a later tweet, Crumbleholme admitted she was embarrassed by the interaction, while Clarkson tweeted that he was “just happy” he spelled his name right.