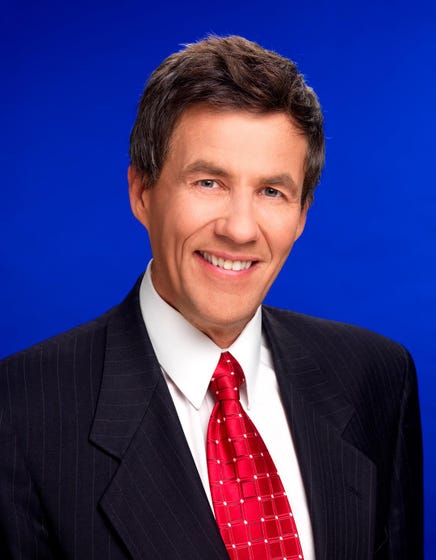 KTVN anchor John Potter is out at the Reno CBS affiliate after 20 years, and his on-air tenure ended abruptly after he tried to fill viewers in about his meeting with management.

Potter was live on-air when he went off-script and started telling viewers about the meeting.

“OK, so I had a meeting with management Thursday, something I try to avoid at all costs, and it did not go well,” Potter said Wednesday morning. “We just did not agree. And no, it’s not a dispute about money.”

Potter was cut off just as he said, “But it ended….”

KTVN general manager Andrew Perini told the The Reno Gazette Journal that Potter declined a contract renewal and that the station expected him to deliver a farewell speech. Perini told the RGJ “he had no other choice” but to cut Potter off.

“We have employment agreements for all of our anchors,” said Perini. “We wish John the best and appreciate his 20 years of service.”

On Tuesday, Potter posted a video to Facebook telling viewers he was going to make an “important” announcement on air, adding “and I am not looking forward to it.”

“20 years at KTVN ended abruptly today,” Potter wrote on Facebook after the incident. “Your morning anchorman thanks YOU for your support. It’s been my honor to give you the news straight with common sense, positivity & humor to start your day. I will miss that terribly.”

Below is the video he posted on Tuesday.