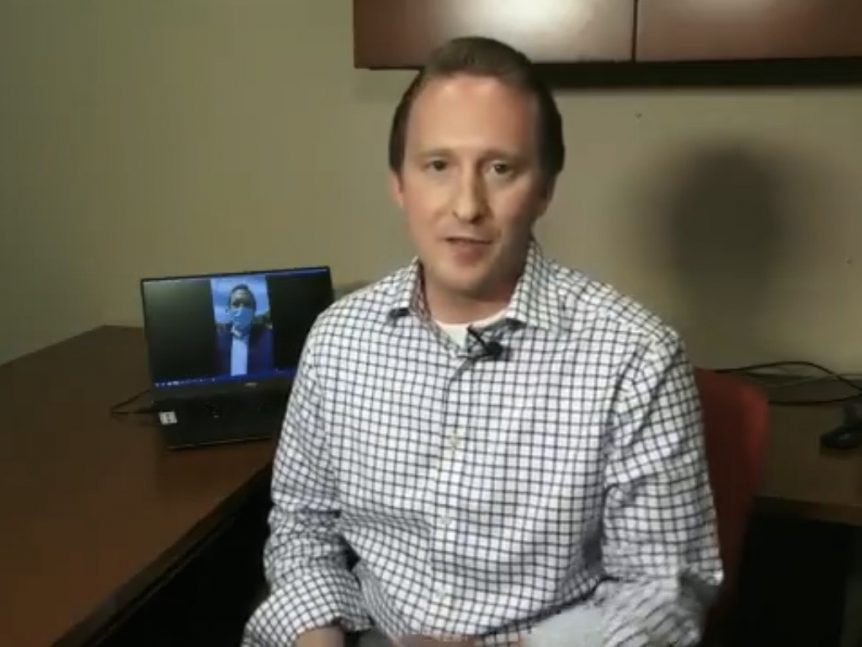 News 12 Long Island reporter Kevin Vesey says he was doing a Facebook Live during a protest on Long Island, N.Y., when protesters started getting angry.

That video went viral and those protesters have been praised by President Trump in not one but now three separate tweets from his account since late last week.

First, Vesey tweeted out the video of protesters, who were mostly nonessential small business owners and started confronting Vesey during his Facebook Live.

Then, in response to that tweet, President Trump retweeted it and said, “People can’t get enough of this. Great people!”

The level of anger directed at the media from these protestors was alarming. As always, I will tell a fair and unbiased story today. pic.twitter.com/5jCR0YY9VH

As of Monday morning, Trump has now tweeted three times in support of the people protesting Vesey’s efforts to do his job and cover the Long Island event.

This is the third time the president has shared this video of people harassing a local news reporter https://t.co/CGrAuM5gUN

Vesey’s video shows people yelling curse words at him, telling him to “tell the truth” in his report and getting in his face.

The reporter did a play-by-play of what happened after the story aired. He’s been recognized by journalists across the country including Katie Couric.

This video is for anyone who wants a more in-depth look at yesterday’s Facebook live segment. I explain what was happening behind the scenes, and what was going through my mind at the time. https://t.co/j3lSfnfTBr