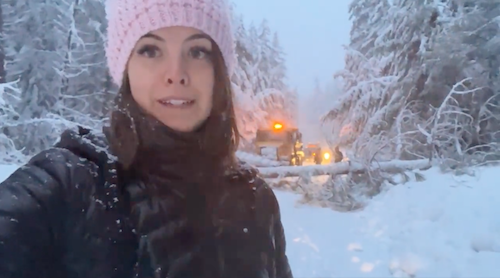 KATU reporter Genevieve Reaume showed how recent winter storms on the West Coast have turned a three and a half hour trip into an eight hour odyssey without the satisfaction of reaching her destination.

Reaume got stuck in Sunriver, Ore.—just south of Bend—after trying to get back to Portland on Monday. The recent snowfall, along with fallen trees, have rendered the roads over the Cascades impassable. 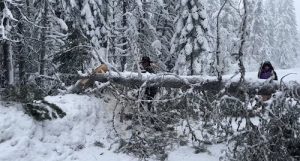 After turning around, Reaume was blocked by another fallen tree, which was eventually cleared.

On the opposite coast, NBC reporter Josh Lederman has been stuck in his car on I-95 near Washington, D.C. as a result of the severe winter weather. Lederman said “it’s an open question” as to how long he’ll be stuck there.