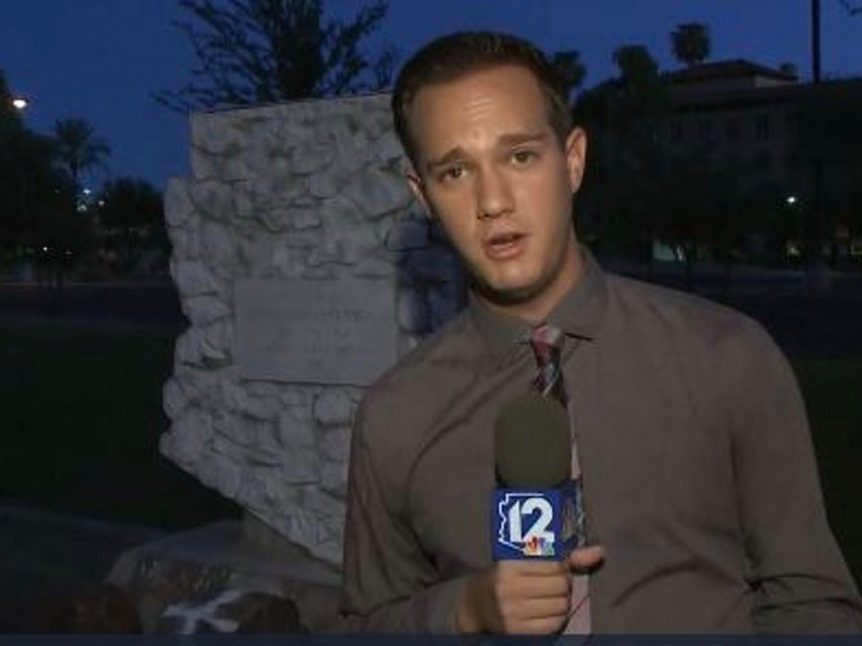 For months, all we’ve known about the story behind KPNX reporter Bryan West‘s arrest is what we’ve seen in police and other reports.

But this weekend, West took to Facebook to tell us all the real story.

By day, West did the news in Phoenix. By night, he was a struggling alcoholic who had lost control one night in August that led to nine days in jail and a journey to sobriety.

“Too many years I have lived two lives as an on-air reporter and person suffering from alcoholism. I think it’s important for those still living a Dr. Jekyll and Mr. Hyde life to hear this personal essay I wrote a few days ago. Today I am six months sober. I am grateful and I believe I got a second chance to help others. I am terribly sorry for the DUI on August 8, 2018. I can’t change what happened then, but I can change what happens from this point forward,” West said in a Facebook post.

And what followed was a personal essay about his struggle, the night he can’t remember, waking up in a jail cell and facing his demons.

The only recollection I had was sitting on my couch finishing my second bottle of wine, blinking and then sitting in the back of a cop car. The swirl of the red and blue lights flashed off my forehead. The officer sat in the passenger seat as I tried to wiggle my hand free from the cuff. He wrote that I tried to evade police, that I got a DUI and that a breathalyzer reading showed .24.

“Excuse me sir,” I softly said tapping on the glass. “That’s not true!”

He looked annoyed and I quickly realized the monster he wrote about who terrorized two blocks of downtown Phoenix was me. I stopped writhing my wrists against the metal and sat back as tears trickled down. I was a Northwestern University graduate. I worked as a broadcast reporter. I tried my best to be a model citizen. I tried to be a good son and friend. This had to be a dream. Right? This was a dream. I couldn’t possibly be the monster. Could I? The denial sat in a mixture of dark mind tangents.

West’s lengthy essay continues to describe his conviction of extreme DUI, his sentencing to nine days in jail and what it’s been like to be six months sober. He said he’s taking at least a year off from news to recover but didn’t indicate this is the end of his career.

You can read his full essay below. Hundreds of viewers and fellow journalists have come out in support of his public admission.