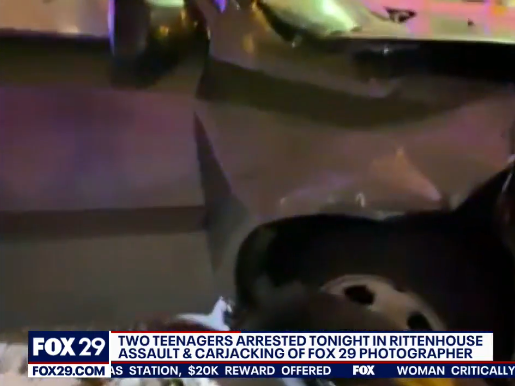 A Philadelphia photojournalist is recovering after being attacked Thursday in an attempted carjacking.

The photographer, who works for Fox 29, was in downtown Philadelphia Thursday night with a station van when two teens assaulted him before driving off with the vehicle, the station reported.

The WTXF photojournalist, who was not named, managed to shoot video of the teens driving away with the vehicle. But they didn’t get far — the driver crashed the stolen van into a pole on 18th Street off of Rittenhouse Square.

Police arrested the teenagers, and the station expects they will face charges.

The photographer is OK.