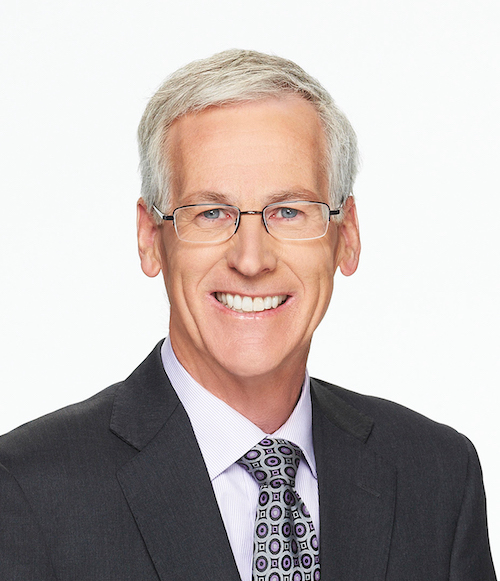 Healy, who started working at the station in 1984, decided to retire to enjoy more time with his family, the station said. His last day on the air will be Dec. 31.

“I am extremely fortunate to have been given a chance to be a part of the best news shop In Los Angeles, and then be able to work the better part of my career with the most talented, most dedicated—and most caring—journalists in the TV news business,” said Healy. “Though technology revolutionized the industry during my four decades with NBC4, what has not changed is the commitment to doing our very best to cover the news that matters to our viewers’ lives.”

Steve Carlston, president and general manager of KNBC, said it will be tough not to see Healy reporting the biggest stories of the day in a way only he can.

“I will always admire him for his integrity and professionalism, and I wish him well as he enjoys a much-deserved retirement with his family,” said Carlston.

Healy has won several honors for his reporting. This year, he was honored by the Radio and Television News Reporting Association with the Lifetime Achievement Award. In 2015, he was part of an NBC4 team that won a Los Angeles Area Emmy for 50 Watts, a special about the historic riots of 1965. He was also part of an NBC4 team that won the 2012 Golden Mike Award from RTNA for best spot news reporting on Los Angeles School Police Officer Jeff Stenroos.

Healy started his career in broadcasting at KTTV as a writer and producer. He graduated from UCLA with a bachelor’s degree in engineering and said he developed a passion for reporting while going to school, holding a series of positions at the Daily Bruin newspaper, working at KLAC-AM radio and interning for the Los Angeles Times.

“NBC4 is immensely grateful for Patrick’s stellar contributions to the work in our newsroom, out in the field and in the community all these years,” said Renee Washington, vice president of news. “He has set a high standard in broadcast journalism that has made our news operations shine every day.”