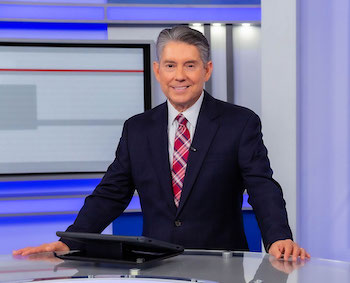 KRGV  Lower Rio Grande Valley anchor Oscar Adame is retiring later this month after more than 20 years at the station.

He started his career in broadcasting in 1977 in radio. He spent 13 years in the industry, including working as personality on KRGV Radio. He joined KRGV TV in 1999.

In a video, Adame told viewers it was a “leap of faith” when he started his career at the station 23 years ago.

“I can’t express enough what it’s been an honor to report and bring you the news of the day for all these years,” said Adame. “I couldn’t imagine ending my career at a better place. Channel five and my home … the Rio Grande Valley. And with that, I announced my retirement.”