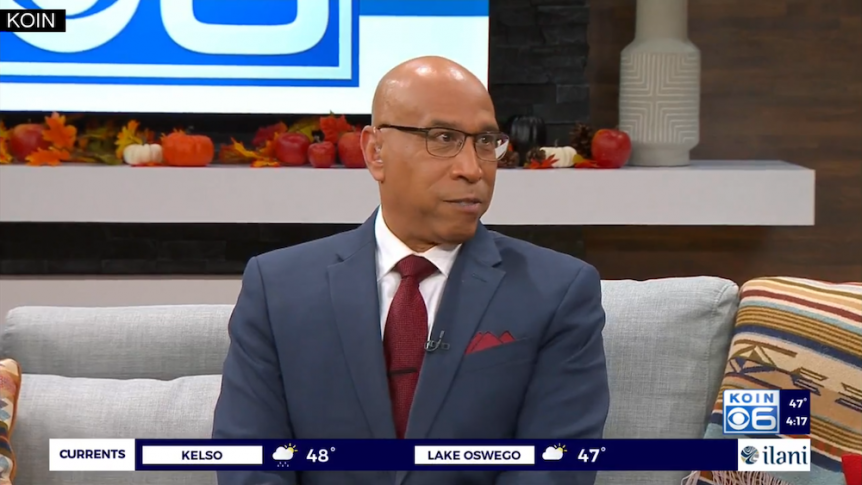 This week, KOIN morning anchor Ken Boddie received a hateful and hurtful letter in the mail.

The Portland, Ore. anchor received the letter after the 2020 presidential election was called for President-elect Joe Biden, which Boddie discussed during his morning show coverage.

The viewer sent a letter written in black marker on a print-out of Boddie’s biography. It was littered with hateful and racist slurs, including the N-word, as well as a disturbing description of violence. Boddie decided to share the letter on Twitter, and later spoke about the incident on air in a segment for the station.

“It wasn’t surprise, it wasn’t shock, it wasn’t fear,” Boddie said. “My main thought was, I was sad that somebody would have that kind of hate in their heart — and take the time to send a letter like that to somebody in the public eye.”

Boddie says he’s not interested in going viral or getting attention. He just wants whoever wrote this to seek help. “In this case, you need to know that things like this happen, and that real people are affected by this level of hateful absurdity,” he said.

As many of you know by now, on Tuesday of this week, our beloved morning anchor and team member, Ken Boddie, received a repugnant and hateful anonymous letter in the mail that is nothing short of abhorrent and disgusting. I have spoken to Ken personally about the letter and I have conveyed to him how valued he is as an employee, journalist, team and family member to us all here at KOIN and Nexstar. It is important that each of you hear that message, too. I also want to categorically denounce the language that was directed at Ken and offer him our full support and comfort as he deals with something that has no place in our society. I want to convey unequivocally that here at KOIN and at Nexstar, there is a zero-tolerance policy regarding this type of language and behavior. Moreover, we must do everything in our power to foster an inclusive environment where everyone is welcomed and respected as an equal partner within our organization and community. Please join me in our ongoing commitment to treat everyone with the highest level of respect and decency at all times.

You can watch the station’s story below, and read Boddie’s written response here.