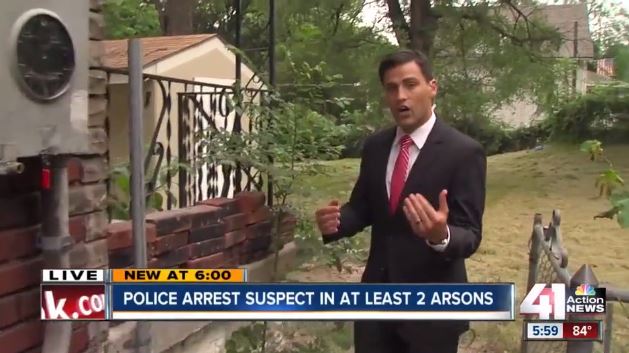 Marcus Moore makes a big move to ABC News as a Dallas-based Correspondent for the network. He begins his duties on October 8th. For the past five years, Marcus has been a reporter and anchor with WFAA in Dallas most recently serving as the weekend morning anchor.

Polo Sandoval has signed a new contract and is being moved to CNN Headquarters as a New York City based correspondent.

Rosa Flores is taking on new responsibilities at CNN. She will be a Miami based correspondent.

Jennifer Gray renews her agreement as a meteorologist and correspondent with CNN.

Veronica Miracle is moving to the ABC O&O, KABC in Los Angeles as a reporter from KFSN in Fresno.

Steve Sosna joins the weather team at WCAU, Philadelphia as weekend evening Meteorologist. This is a return home for Steve, a Philadelphia native. He leaves MSNBC, where he was Senior Weather Producer and fill-in on-air meteorologist for MSNBC. Sosna is also one of the first meteorologists to use NBCUniversal Owned Stations’ state-of-the-art mobile Doppler radar StormRanger to track Tropical Storm Hermine.

Kinsey Schofield moves to KMAX in Sacramento as a Weekend anchor/reporter from digital journalist at KRNV in Phoenix.

Elina Abovian renews her contract at KTLA in Los Angeles as a reporter.

Jessica Oh is joining the reporter team with KIRO in Seattle. She is leaving KUSA in Denver where she was a general assignment reporter and MMJ.

Randy Mac has renewed at KNBC in Los Angeles as the consumer investigative reporter.

Steven Fisher joins WCAU-Philadelphia as a general assignment reporter from WPXI as reporter.

Katie Boer moves to Seattle as the new meteorologist/reporter at KCPQ. She left KLAS in Las Vegas as the weekend meteorologist.

Franklin White joins the team at WSVN in Miami as a reporter, leaving WAFF-TV in Huntsville and a weekend anchor/reporter.

Stephen Morgan jumps 67-Markets to the FOX O&O KRIV-Houston as a Reporter from KRBK-Springfield, MO.

Camila Bernal heads to KRON in San Francisco as an MMJ from CBS Austin/Telemundo-Austin, TX as an MMJ.

Brian Abel (pictured) to reporter at WXYZ in Detroit from reporter at KSHB in Kansas City.

Taylor Grenda joins WBAL in Baltimore as a meteorologist from WPBF-West Palm Beach.

Erin Lisch joins WRTV-Indianapolis as a general assignment reporter from reporter at WCTV-Tallahassee.

Arran Andersen moves to WNCN in Raleigh where he will be a sports reporter and host for the station. Most recently, Arran was the weekend evening sports anchor and reporter for KMGH in Denver.

Ryan O’Donnell has renewed as the primary anchor at WATE in Knoxville, TN.

Tara Morgan was promoted to investigative reporter at WSYX in Columbus, OH.

Chad Mira to primary anchor at KXMB in Bismarck, ND from anchor at KOLR Springfield, MO.

Matthew Seedorff makes a 166 market jump to MMJ at WOAI/KABB in San Antonio, TX from anchor/MMJ at KTWO in Casper, WY.

Kera Mashek moves closer to home as a reporter at WDAF in Kansas City, MO from MMJ at WFTS in Tampa, FL.

Bria Bell makes a 122 market jump as an MMJ at WBTV in Charlotte, NC from MMJ at KCAU Sioux City, IA.

Nick Natario moves to Reporter/MMJ at ABC O&O KTRK in Houston, TX from MMJ at WISH in Indianapolis, IN.

Rebekah Hoeger is the weekday morning co-anchor at KKTV Colorado Springs from MMJ/Reporter at WALA in Mobile, AL.

Tisia Muzinga starts off her career at WGMB/WVLA in Baton Rouge after graduating from the University of Wisconsin.

Cat Reid moves to KSHB in Kansas City as a reporter/MMJ from an MMJ at WAAY in Huntsville, Alabama.

Alexandria Housden starts at KOCO in Oklahoma City as anchor/reporter from KTEN in Denison, Texas.

Vivian Kwarm is the new morning and noon anchor at WOAY in Oak Hill, WV.

Madeleine Wright joins WPLG-Miami as a reporter from WPRI in Providence as MMJ/reporter.

David Williams moves to WISH-TV in Indianapolis as Reporter/MMJ from reporter at WOFL in Orlando.

Stephanie Sharp was promoted to the weekend anchor job at KLRT, the sister station of KARK in Little Rock, AR.

Zak Dahlheimer was promoted to an investigative reporter at KESQ in Palm Springs. He continues to anchor weekends at the station.

Brian Scott moves to WOFL in Orlando as Reporter from Bureau MMJ at KXAS in Dallas.

Abby Turpin begins as weeknight anchor at KWWL in Waterloo, Iowa from RFD-TV.

Patty Santos moves to KSAT in San Antonio from Oklahoma City as a reporter, she moves from KOCO in Oklahoma City.

Reporter Kenny Lopez has accepted a new agreement at WGNO in New Orleans.

Chris Hopper renews at WXIA-Atlanta as a general assignment reporter.

Lauren St Germain was promoted to weekend morning anchor at WFTS in Tampa.

Sarah Blake Morgan re-signs as a reporter/MMJ at WBTV in Charlotte, NC.

Nina Criscuolo re-signs as a reporter, fill-in anchor and fill-in traffic anchor at WISH in Indianapolis, IN.

Andrea Hubbell Lyon jumps 50 markets to MMJ at WFTS in Tampa, FL from MMJ at WBBH in Ft. Myers, FL.

All of these journalists are represented by The NWT Group, No Whining Talent. For more information, please visit our website: nwtgroup.com or contact us at 817-987-3600.