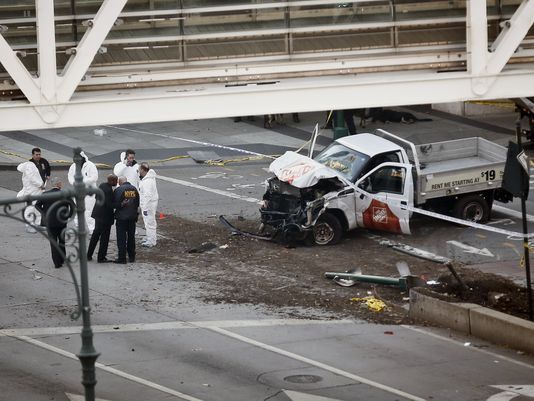 All local New York City stations cut into programming yesterday to cover the terror attack in downtown Manhattan and extended coverage through the night and the morning.

As first reported on TVSpy, WABC, WNBC, WCBS, WPIX and WNJU had reporters close to the accident scene.

Here is what we know about extended coverage:

WNBC went on air at 3:48pm and continued coverage through 6:30pm. They went back on the air at 10pm and then this morning at 4am.

WNJU, the New York City Telenmundo station, broke into programming at 3:55 with anchors Edgardo Del Villar and Nilda Rosario. They returned on air at 7pm for an extended edition.

WPIX broke in for a cutin at 3:30pm then went back on air at 4pm through 6:30. The Tribune-owned station went on early this morning at 4am.

Eight people died in the accident and more than a dozen were injured.