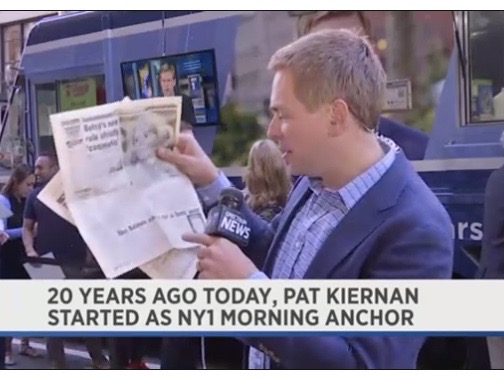 The Spectrum-owned cable station celebrated Keirnan’s anniversary last Friday with breakfast and food trucks at select locations around the city.

The morning anchor, who’s made national morning show appearances on Live with Kelly and in Hollywood movies, met with viewers at each of the food trucks to thank them for their loyalty over the last two decades.

NY1 morning reporter Roger Clark, who has been with the show 13 years, did live shots throughout the morning.

Here’s a compilation video the station put together in honor of his big anniversary.