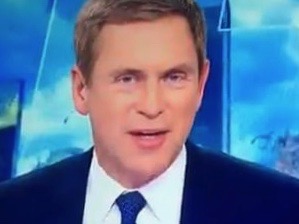 “Another member of Donald Trump’s inner circle testing positive for cocaine,” Kiernan said during the broadcast.

He quickly corrected himself on the air and later on Twitter to a viewer who called him out for the error:

Yes. COVID. There’s enough going on without adding another dimension. Apologies for the error.

McEnany was just one of several people in President Trump’s inner circle who has tested positive for the coronavirus in the last week—along with Trump himself.