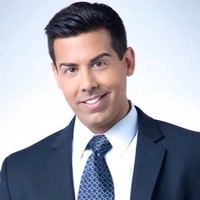 Chris Martinez will join Tampa NBC affiliate WFLA as an anchor and reporter beginning on June 7.

This is a return to local news for Martinez, who worked at WBBM in Chicago before joining CBS News in 2015 as a correspondent working out of the network’s Los Angeles Bureau.

It is also a return to the Sunshine State for Martinez, who previously worked at Tampa ABC affiliate WFTS.