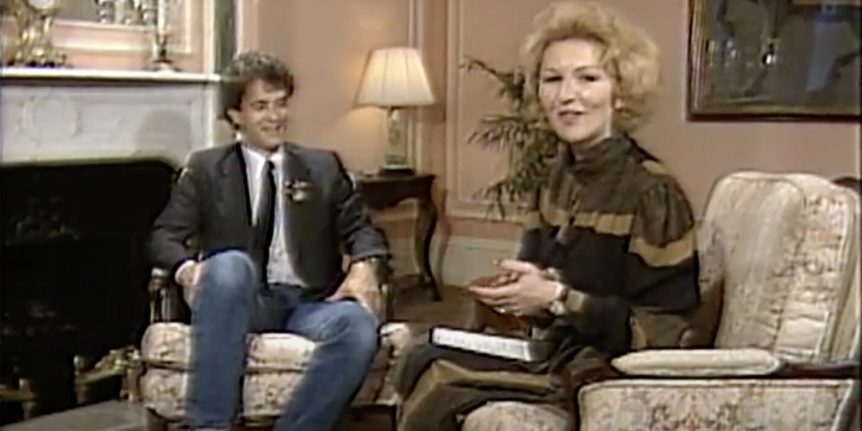 Leta Powell Drake, a pioneer in Nebraska TV who has been called “the greatest interviewer of all time,” died Wednesday after a four-month battle with leukemia. She was 83.

During her long career at KOLN-KGIN in Lincoln, Nebraska, Drake worked in station programming, station management and as the host of the children’s show Cartoon Corral. She may be best known for her celebrity interviews, which were re-introduced to a younger generation during last year’s pandemic lockdown.

Her son Aaron Drake told the Lincoln Journal Star his mother was an adventurer.

“I mean that more than just in television, but in all areas of life,” said Drake. “Whether it was in flying airplanes, interviews, TV shows, bowling or golf, her whole life was about pushing ahead, breaking boundaries, especially for women.”

Powell Drake gained fame last year when a compilation of interviews she did with celebrities like Roy Scheider, Tom Hanks, Tom Selleck and Telly Savalas was posted on Twitter showing off her unorthodox interview style. In an interview with Gene Hackman, she told the star, “You’ve done some brilliant pictures. You’ve done some stinkers.”

After being called “the greatest interviewer of all time,” she told NBC’s Today Show, “I’m delighted that people want to go back into the past and the great characters that we have in television, many of whom are not with us any longer.”

She also told the Journal Star she donated the tapes of the thousands of interviews she did to History Nebraska.

“I’d go to New York and do the interviews. I had a good time. We got to go out to dinner, which I really liked. I did it for years. And I kept all those tapes,” she said. “A few years ago, I thought, ‘I don’t need those.’ So I donated them to the Nebraska History Museum. They had to bring a truck out to take all the boxes.”

“It’s nice to have that history. I’m sure glad I did them and saved the tapes,” she added.

Click here to view a playlist History Nebraska created of the interviews.:

Currently obsessed with Leta Powell Drake, the greatest interviewer of all time. pic.twitter.com/3oCYAd9vZD