NEXT:Atlanta Assignment Editor Speaks To Hostage Taker During Bank Hold Up
PREVIOUS:Local TV is Estimated to Haul in $20.9 Billion in Ad Revenue This Year 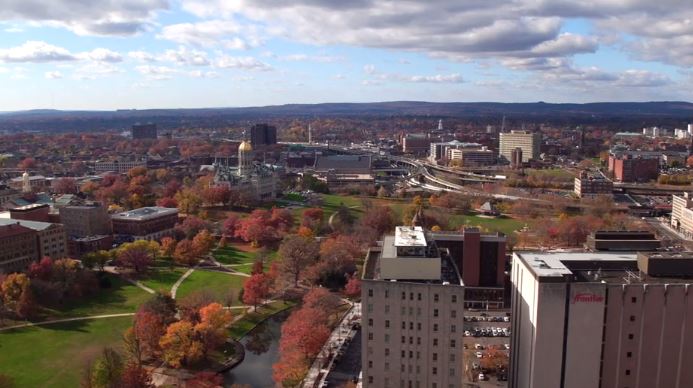 NBC Connecticut has a new fleet – of drones called Droneranger.

WVIT announced today that the station will use the drones to capture breaking news and weather alerts. The station is partnering with PhotoFlight Aerial Media.

“Drone technology allows us to apply a unique perspective to every aspect of news coverage. When a fire recently destroyed a local landmark, the DroneRanger fleet delivered a bird’s eye view of the event and helped our station deliver a visual of local breaking news unlike any other station in the market,” said Susan Tully, President and General Manager of NBC Connecticut.

The station says it conducted extensive testing of shots and locations throughout Connecticut to ensure the deployment of the DroneRanger fleet adheres to federal, state and local regulations.

Photoflight Ariel Media will be the official operators of the drones. The station will begin incorporating live drone feeds into their broadcasts as well as using shots for stories.

The release did not specify how many drones will be in the fleet, the promo video only shows one drone.