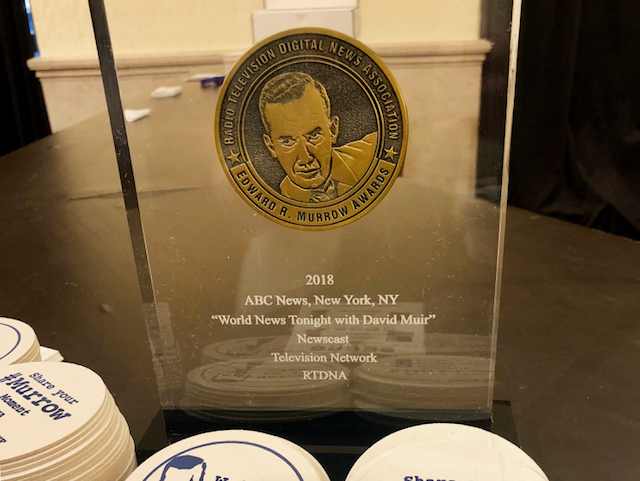 More than 500 journalists from across the country attended.

“Tonight we honor television, radio and digital journalists who during 2017 most exemplified the values of that intrepid founding father of our craft, Edward R. Murrow. And we celebrate both them, and him. We do so at a time when saluting responsible journalism has never been more important,” said executive director Dan Shelley.

The evening paid tribute to Washington Post correspondent Jamal Kashoggi, who was murdered at the Saudi consulate in Turkey.

You can view the full list of winners here.