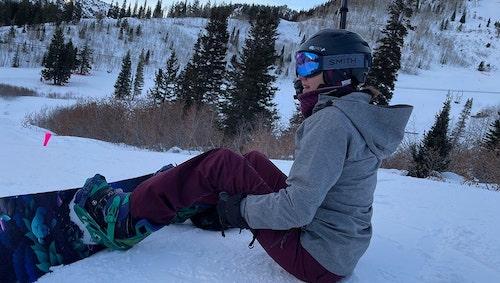 KMSP reporter Courtney Godfrey is taking a break from local TV to pursue a career in competitive snowboarding.

Godfrey is taking a temporary leave of absence from her reporter job at the Minneapolis Fox-owned station in the hopes of qualifying for the 2022 Paralympic Games in Beijing, China.

The station said she will be training and competing in Europe for the next month and then heading to Utah for more training.

“I’m a long shot, and it will be extremely hard work, but I’m going to give it my all,” Godfrey told KMSP. “At the end of the day, even if I fail miserably, I hope I inspire others to chase their dreams.”

Godfrey had her left leg amputated below the knee after a boating accident in 2017. In a tweet, she said she’s doing it for two reasons: “1) For all the new amputees who reach out to me daily wanting to know if they’ll ever do a, b, or c again 2) For my son. Because I never want him to give into those feelings of ‘I can’t.'”