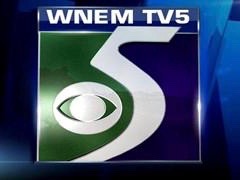 “The last 13 years at WNEM TV 5 have been some of the most rewarding of my career. I’ve been blessed to oversee a great station through drastic changes in technology that reshaped the business I grew up in—all while being the market leader in ratings,” said Blinke about his time at the Saginaw, Michigan station.

Blinke is the longest-serving general manager in WNEM, which is part of the Meredith Corporation.

“Al has been a tremendous leader in broadcasting and a huge asset to WNEM and the whole family of Meredith stations,” said Paul Karpowicz, President of Meredith Corporation’s Local Media Group.

Blinke started his career in radio as a reporter, writer and producer at WWJ-News in Detroit. He moved into television as an Assignment Editor at WJBK-TV then as an Assistant News Director at WTNH-TV in New Haven, CT. He was also News Director at WPXI-TV in Pittsburg and WSB-TV in Atlanta. He served as a consultant for Frank N. Magid Associates before returning to news directing at the KDKA-TV/WNPA-TV duopoly in Pittsburgh for three years.

Meredith is conducting a national search to replace Blinke.