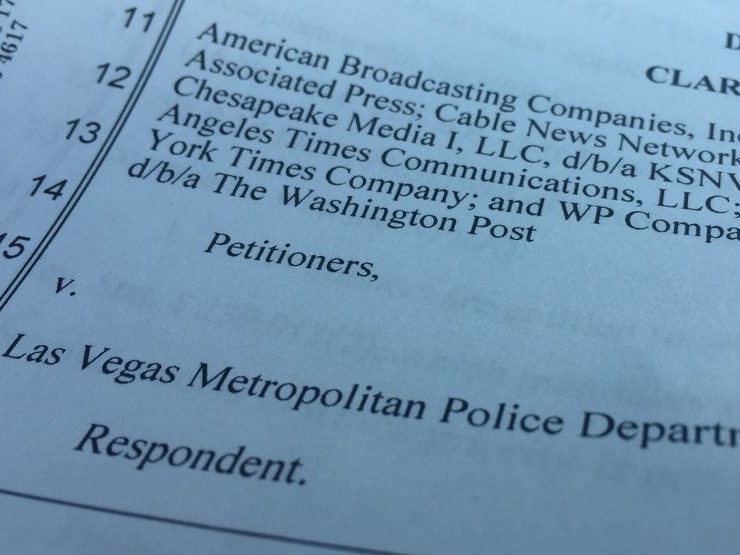 According to a News 3 story:

[P]olice and county officials have refused to produce a log of 911 calls, recordings of 911 calls, preliminary autopsy records from the Clark County coroner, and security camera video obtained during the course of the investigation.

The suit seeks to unseal 14 search warrants connected with the gunman, Stephen Paddock and the shooting investigation.

The filing states that the public deserves to know as much as possible about the deadliest mass shooting in the country’s history.