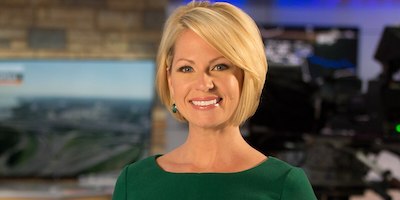 Lauren Jones says she is leaving Louisville NBC affiliate WAVE, “despite my best efforts to stay.”

The morning anchor and meteorologist posted an emotional goodbye on social media where she talked about her recent Covid-19 diagnosis and told viewers she wasn’t given the chance to say goodbye on-air. “Life update,” she said in the video. “It breaks my heart to say goodbye, as I’m leaving Wave 3 News. Thank you all, for a decade of wonderful memories. I’ll cherish them forever.”

The Courier-Journal says Jones has been off-air recently after being diagnosed with Covid-19 in November. Jones, who came to the station in 2011 as a meteorologist, said her contract expires on March 1.

She started her career at WTVW in Evansville, Ind., She also worked at WLKY in Louisville, Ky. and later WXIN in Indianapolis.

Her husband, Jude Redfield, is a meteorologist at Louisville station WDRB.