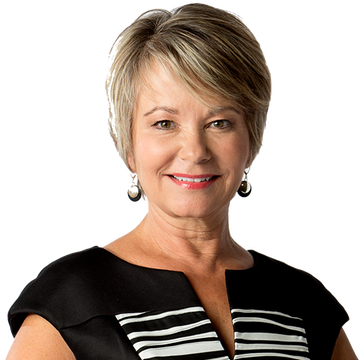 Villalon posted a goodbye on social media by saying “retirement is bittersweet” and that she’ll miss her “news family” and everyone who helped her get stories on the air.

“I’m beyond grateful for my 40 year career, and being able to work 35 of those on Bay Area TV stations,” said Villalon. “I saved the best for last, with more than a decade on Channel 2, the station I grew up watching. The Ten O’Clock news has always been the gold standard and I’m so proud to have been able to contribute to it. Looking forward to free time (what’s that?)”

She also said she’s “left with deep appreciation for everyone who opened up to me to tell their story, sometimes under difficult circumstances, a trust I tried never to take for granted.”

Villalon has been working at Fox owned station KTVU since 2008 after working at ABC owned station KGO for 17 years. She started her career at KFTY in Santa Rosa before working at KPHO in Phoenix, Arizona. She came back to the Bay Area in 1989 to work at KOFY and was hired by KGO in 1991.

The station posted a tribute to Villalon. Watch below: