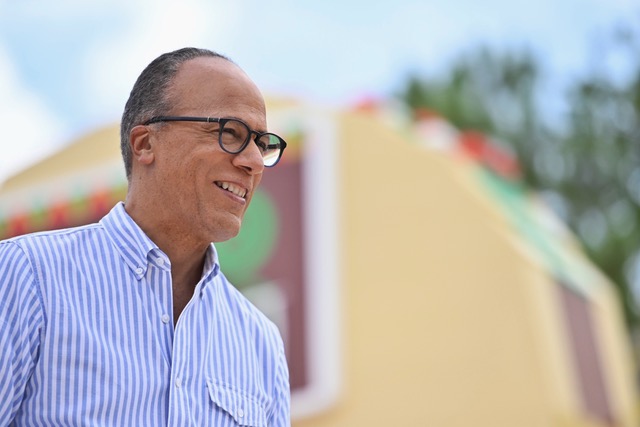 Today marks the first day of NBC News anchor Lester Holt‘s tour across America—and his tour will feature reporters from local NBC affiliates talking about what they see happening in the regions they cover.

Holt plans to hit five states in five days over the course of his tour, called Across America. He is scheduled to speak with Sanika Dange from WESH in Orlando, Fla., Dawne Gee from WAVE in Louisville, Ky., Russ Mitchell from WKYC in Cleveland, Ohio, Mark Wright from KING in Seattle, Wash. and Kim Tobin from KNBC in Los Angeles.

This is the fifth Across the America series Holt has done, NBC says. The last one was in October, where Holt traveled to key battleground states ahead of the election.