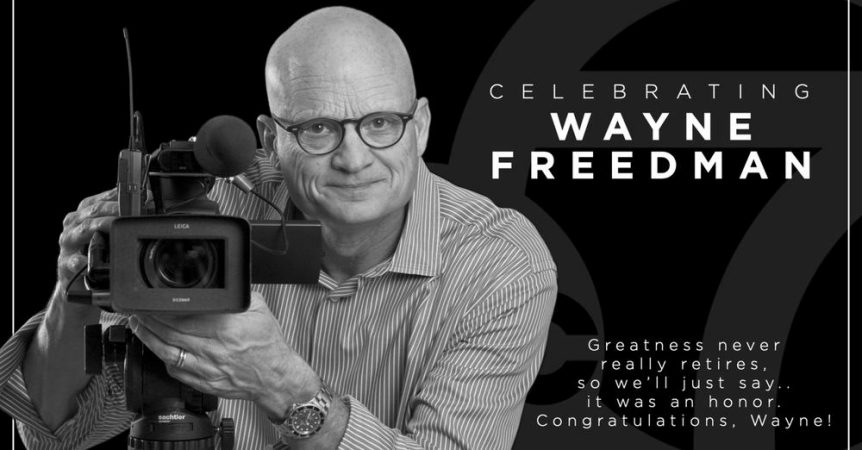 Freedman has spent 53 years as a reporter. He started working at KGO in 1981 after working for CBS News, where his station bio says he “traveled the country while producing and reporting a weekly segment called, Only In America for CBS This Morning.” Over the course of his career, he has won 51 Emmys.

His retirement marks the end of an era at the station. For more than 70 years, a Freedman worked at the station; Freedman’s father, Mike Freedman, pioneered the use of live, hand-held video cameras for coverage of news and sports.

Wayne Freedman said he is humbled and overwhelmed by the response to his retirement—although, he added, he is not so much retiring as he is reinventing himself.

“I depart with gratitude and humility. ABC courses through my blood. My father, Mike, began with the company in 1948,” Freedman wrote on Facebook. “I first worked for ABC as a network page from 1974 to 1977. Between the two of us, there has been a Freedman, here, for 71 years. Thank you to ABC7 (then Channel 7 News) for hiring a guy who needed a job so long ago. It feels like yesterday. Thank you to all of you who worked with me, tolerated me, and made me a better person.”

Freedman said he and his wife will be moving to North Carolina. “We’re building a home, reuniting with her family, in the same time zone as our daughter, and exploring,” he said.

The station put together a tribute to Freedman. Click here to watch it.