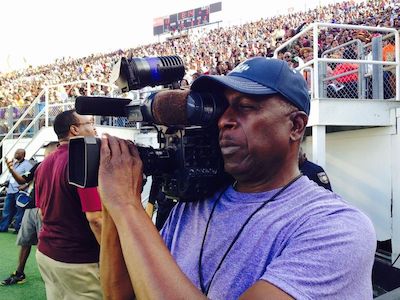 An Orlando television legend is planing on retiring. WKMG’s first Black photojournalist, Tee Taylor, says it’s time to leave the business he’s been working in since 1970.

“When I first started, I had no idea that I would be a pioneer in this business,” Taylor told the Orlando Sentinel. “With this virus going on, being 72 and I had a little minor health situation—my immune system can be easily compromised … so the doctor and, of course, my news director, my GM, we all sort of said that it is time and there’s nothing else I can do.”

Taylor’s accomplishments include 12 Super Bowl visits and countless assignments abroad for the CBS affiliate. He’s covered the Apollo missions and the space shuttle launches from Cape Canaveral, and is so much of a legend Orange County Mayor Jerry Demings declared Feb. 23, 2021 Tee Taylor Day in Orange County.

“The gift that I have, it’s been given to me because when I picked the camera up, it was like I just knew what to do with it,” Taylor said. “The way my life path led me to Channel 6 was … just meant to be. The way my life has gone is like it’s been set for me.”

The Orlando Sentinel did a write-up on his career. Read it here.