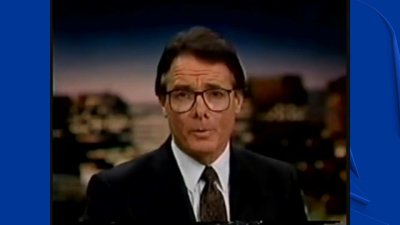 Anchor Terry McSweeney, who worked with Moore at the Bay Area station, read the news.

“One of our beloved former colleagues has passed away. Doug Moore, KNTV’s longtime anchor, died with his family by his side,” said McSweeney. “You may remember Doug shared our news desk with Maggi Scura for nearly two decades. Doug was kind to everyone, from the station’s general manager to interns. He loved helping people behind the scenes and was a trusted voice in delivering the news. Our news family will forever miss Doug Moore.”

Moore worked at Minneapolis station WCCO before joining KNTV in 1982 when it was a Salinas-Monterey market ABC affiliate. He left in 2000, before the station was bought by NBC.

It is with a heavy heart that I inform you of the passing of my old colleague, Doug Moore.
I sat next to Doug in the newsroom as a rookie. But he never treated me like one. Just a consummate professional.
Doug, you will always be Mr. San Jose. pic.twitter.com/75XOYuR5Gq