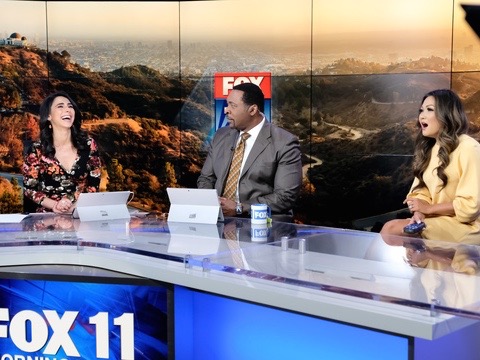 And like many morning anchors, he didn’t have a chance to read the copy before he went live at 6:45 a.m. Wednesday.

So he was pleasantly surprised when he read the line “whenever a big new Hollywood production is on the way, we will often show you a sneak peek. Those first looks are rarely exclusive to us, but this one is. Take a look,” and a sonogram of his co-anchor Araksya Karapetyan’s second child popped up on the screen.

The Good Day LA anchor confirmed the news that she’s expecting her second child in April. She doesn’t know the gender, but plans to find out.