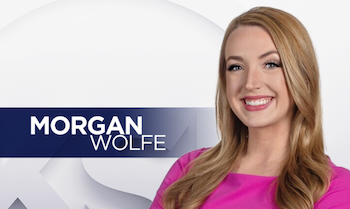 “Personal news. I am bidding farewell to @KSL5TV,” Wolfe wrote on Twitter. “I’ll be taking-off next month for a new adventure! I am going to miss my friends, fry sauce and the mountains so very much but most importantly—telling stories here. This experience changed me.”

Wolfe has over 7 million views on TikTok and over 60,000 followers as of writing. TVNewscheck’s Paul Greeley said most of those views come from posts that are mostly related to the Gabby Petito case. Petito was murdered by her fiancé, Brian Laundrie, in August 2021.

“It was a terribly sad story that had a lot of twists and turns,” Wolfe told Greeley. ”People across the world became captivated and I felt a responsibility to share information. But not in a traditional broadcast story type of way. I ended up making a series of 60 or more videos around Petito.”

Wolfe added that she thinks there is a “total gap with local TV not understanding TikTok. Local TV stations still think it is this app for people that do dances and comedy skits—and it’s not,” she said.