NEXT:KIII Reporter Heads to Another Station in the Market
PREVIOUS:Fresno Meteorologist Involved in a Deadly Car Accident 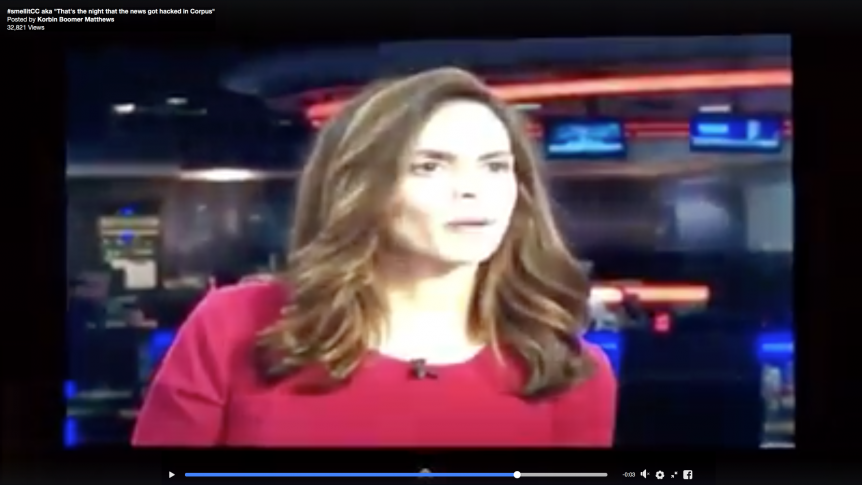 KRIS-TV, the NBC affiliate in Corpus Christi, says someone is behind the vulgar whispers that interrupted the newscast this week but managers aren’t sure who did it yet.

According to the Caller Times, the station vows to get to the bottom of it. During the 9p.m. newscast on Monday while anchor Stephania Jimenezwas reading a story, the screen went black and all viewers heard was a man saying “f**k it, lick it, smell it.”

The newscast continued on Monday without interruption but it caught the attention of viewers. Many captured the incident and posted it on social media.

“This is something that we take very seriously,” Alexander said. “We will get to the bottom of this,” news director Paul Alexander said Tuesday.