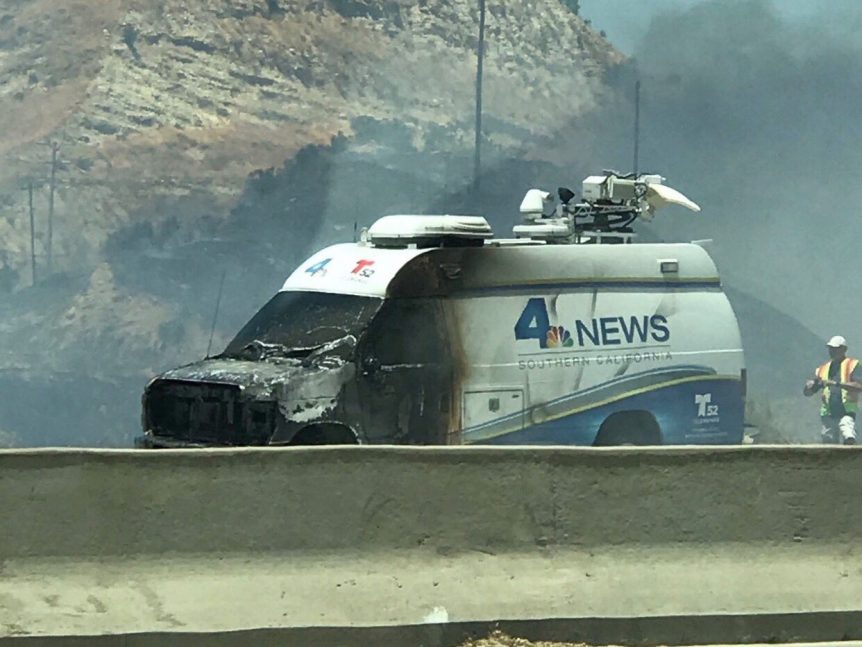 A KNBC photographer is safe after the live truck he was driving caught fire on the freeway yesterday.

The photographer, whose name hasn’t been released, was heading to cover the Placerita brush fire in Santa Clarita when the engine caught fire.

Drivers who passed the charred live truck on the side of the highway, including KTLA reporter, Steve Kuzj, snapped photos and posted on Twitter last night.

TVSpy spoke to someone at the NBC-owned affiliate in Los Angeles this morning. She told us the photographer was the only person inside the truck and got out unharmed.

We’re told details about the mechanical problem that caused the truck to catch fire are still unfolding.

I’ve gotten pretty dang close to wildfires, but I’ve NEVER had this happen. Thankfully everyone is ok. #PlaceritaFire #Placerita pic.twitter.com/x1WgSleosV

Fire off the 14 fwy both sides. @NBCLA van was still on fire ? hopefully news crew is safe pic.twitter.com/TkidbJPNd5