While KING continues to lead in the social media rankings in the Seattle market, KCPQ took five top spots in the individual rankings.

Over the past 30 days, the Tegna-owned NBC affiliate had an overall 32.4 Share, KIRO moved into second place with a 27.0 Share, KCPQ with a 26.3 Share and KOMO with a 14.3 Share. KCPQ, the Tribune owned station, saw the most growth improving their total engagement this period by +21.1 percent.

On Twitter, KCPQ held on to the second place spot, followed by KOMO, then KIRO. On Instagram, KIRO came in second and KOMO third. 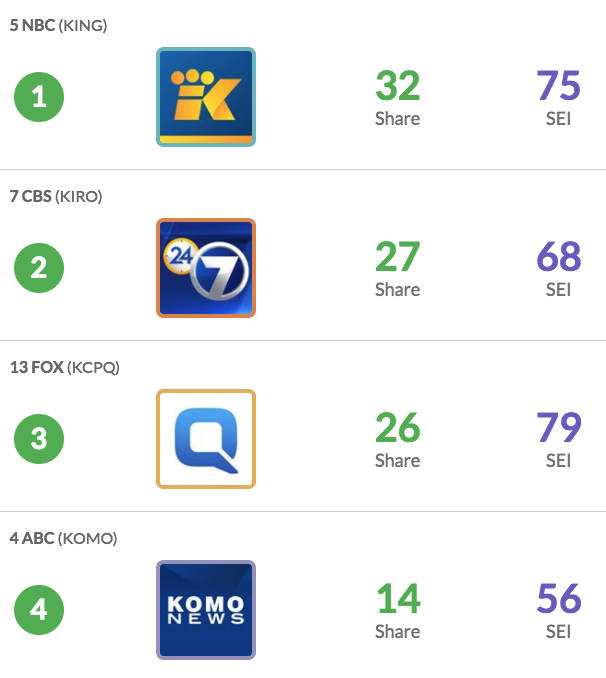