There are signs of a shakeup at KGBT, the CBS affiliate in Harlingen, Texas.

There is no sign of evening anchor, Eddie Flores, on social media and his bio has been removed from the station website.  His CBS4 Facebook page is no longer active.

The station’s sports director, Clay Williams, is also MIA on social and the station’s website.  956sports says his last day at the station was last Friday but no mention on KGBT’s site. His Twitter page has been removed.

That’s not all. A Reddit thread speculates that anchor, Marcy Martinez, has been fired as well.  A quick check on social showed she changed her Twitter bio and handle.  It now says she is a public relations director and former news anchor.

TVSpy first reported when Flores joined the Sinclair-owned station in 2015 from KRGV in Weslaco, Texas where he was the weekend anchor. He previously worked for KEYE-TV in Austin and KRIS-TV in Corpus Christi.

We have reached out to the station and will update when we hear back. 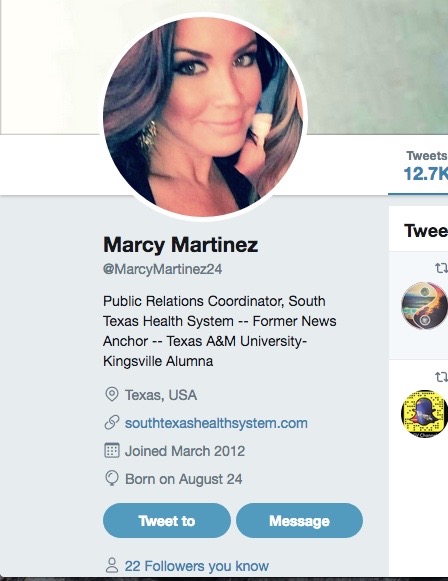