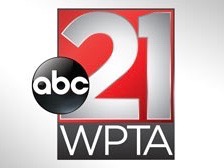 WPTA the ABC affiliate in Fort Wayne, Indiana says a local judge has ordered the station not to broadcast a legally obtained public record. If they defy the order, the station could be cited for contempt of court.

The Quincy Media-owned station says the court order pertains to an audio recording from the sentencing of a prominent physician, Dr. John Mathew, who was charged with committing sex crimes. According to the station’s news director Jonathan Shelley, the case was closed last month. Shelley says the station decided to request the audio recordings after protests erupted in reaction to the doctor’s plea deal and lack of jail time. But Shelley says when the station requested the audio files last month, the judge immediately issued an order barring the recordings from being broadcast, despite being public record.

“Transparency in the legal system is essential to both accountability and public trust in our courts,” Shelley said in a statement to TVSpy. “The recordings in this case can provide a much better understanding of the process behind the sentencing of Dr. Mathew. On legal and journalistic grounds, we believe strongly in the effort to have the order of prior restraint withdrawn or overturned.”

Even though the court has denied the station’s request to air the footage, without the audio of the victim, Shelley said it’s filed an appeal.

The station did a story on its efforts to air the footage. You can watch it here.
< Previous Article
Next Article >
Advertisement
Advertisement
Get TVSpy delivered straight to your inbox
Advertisement