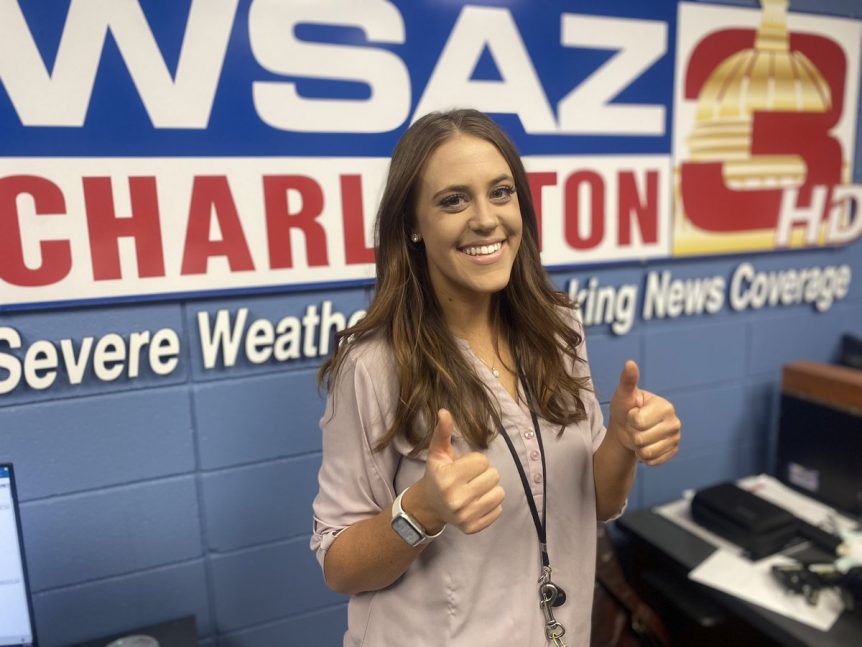 Tori Yorgey has let everyone know she’s OK after getting hit by a car yesterday live on the station’s morning newscast.

Yorgey was hit while reporting for Huntington, W. Va. NBC affiliate WSAZ. On the station’s website, Yorgey said she is grateful for the support she’s received and added that her boss took her to the hospital afterwards.

But the incident that was viewed live on-air seems to be taking a back seat to journalists’ thoughts and feelings about the practice of sending reporters out to cover stories all alone.

“The reporter is a one man band doing a live shot ALONE and at night. She can’t have situational awareness,”  WCBS reporter Aundrea Cline-Thomas tweeted. “The anchor didn’t flinch or show any concern. They didn’t cut away from the shot so the control room could make sure she was safe and send her help. This is infuriating!”

While CNN correspondent Dianne Gallagher wrote, “I’m glad she’s ok. Having said that … STOP SENDING REPORTERS OUT ALONE TO RUN THEIR OWN LIVE SHOTS. Especially in the dark. Especially on the side of the road. Especially in severe weather. But really, in any circumstance, it’s unsafe and unfair to the journalist AND community.”

“I think this incident does highlight the dangers of solo reporting and the risk associated with journalists who need to perform multiple jobs at once,” Lucy Westcott, emergencies director for the nonprofit Committee to Protect Journalists told the Washington Post.

A 2019 CPJ report identified solo reporting “as being one of the biggest risks to female journalists in the U.S. and Canada,” she said.

“When you are reporting alone, your situational awareness is down. We see that clearly in the video,” Westcott said. CPJ encourages journalists “to complete a risk assessment” before they head out. “Ideally, the journalist would not have been sent out alone in the first place  . . .  Just having a photographer out there with her, or another pair of eyes, may have prevented her from being hit by a car, which she of course could not see,” she said.

CPJ has “heard from journalists who feel that they have to put themselves at risk, because otherwise they’ll be perceived as weak or not good at their job. That is a problem. I think this video will serve as a learning point as it illustrates the safety hazards associated with solo reporting,” Westcott said.

Nexstar senior director Austin Kellerman witnessed a discussion unfold on his LinkedIn page after he wrote “1) So glad Victoria Yorgey is ok. 🙏🏼 2) What a pro,” on his LinkedIn page. Some responders argued against the “rub some dirt on it” attitude and one man bands. To be clear, WSAZ is owned by Gray, not Nexstar.

“What a pro. She just keeps going”? That’s not it. Not at all,” one person responded. “In a moment like that, with adrenaline flowing and shock setting in, she could have been oblivious to potentially having a more serious injury. What if she was rolling around on the ground asking for help because she had broken a leg? They should have dumped from this live shot immediately. There’s nothing heroic about this. She shouldn’t have been in this situation to begin with.” He went on to urge Kellerman to use his position at Nexstar to affect change. “You have an opportunity at a corporate leadership level to condemn these types of live shots and call for a company-wide change.”