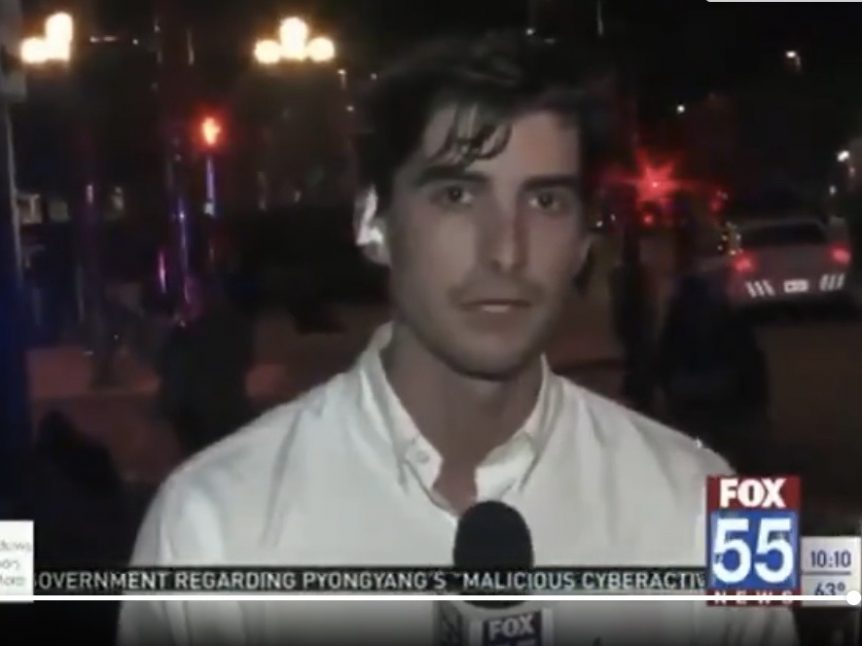 Since protesting began across the country en masse last week, journalists have been under attack—literally.

From big markets to small, broadcasters who are going into the field to tell the story are suffering and in some cases, getting hurt.

Here is a look at what we know has happened to reporters and videographers covering protests in response to George Floyd’s death.

KDKA videographer Ian Smith in Pittsburgh ended up in an ambulance.

“I’m was attacked by protesters downtown by the arena. They stomped and kicked me. I’m bruised and bloody but alive. My camera was destroyed. Another group of protesters pulled me out and saved my life. Thank you!” he wrote on Twitter.

I’m was attacked by protesters downtown by the arena. They stomped and kicked me. I’m bruised and bloody but alive. My camera was destroyed. Another group of protesters pulled me out and saved my life. Thank you! @KDKA pic.twitter.com/clyANKodth

Smith was covering the protests in downtown Pittsburgh for his station. He is OK.

Chris Mullooly, a weekend anchor and reporter at WFFT in Fort Wayne, Ind., posted a video of a man harassing him during a live hit while covering the protests in his town. On repeat, the man kept asking him “how it felt to lie to the public” while filming him with a cellphone at a close distance.

Also, if you are at a protest and you see local media. Please don’t do this. Please. We’re out here trying to do our job, and this doesn’t help, it creates a big panic, and leads to more problems. pic.twitter.com/TtB5fLW4gP

And perhaps among the most upsetting video is from Briana Whitney in Phoenix. She too was covering a protest when she was jumped while on air.

THIS IS NOT OKAY.

This is the moment I was intentionally tackled by this man while I was on air trying to report what was happening during the protest at Phoenix PD headquarters. I feel violated, and this was terrifying.

Let us do our jobs. We are trying our very best #azfamily pic.twitter.com/bHXwbnDVPB

These incidents come days after a WAVE reporter and videographer in Louisville, Ky., were hit with pepper balls by a police officer during a protest.