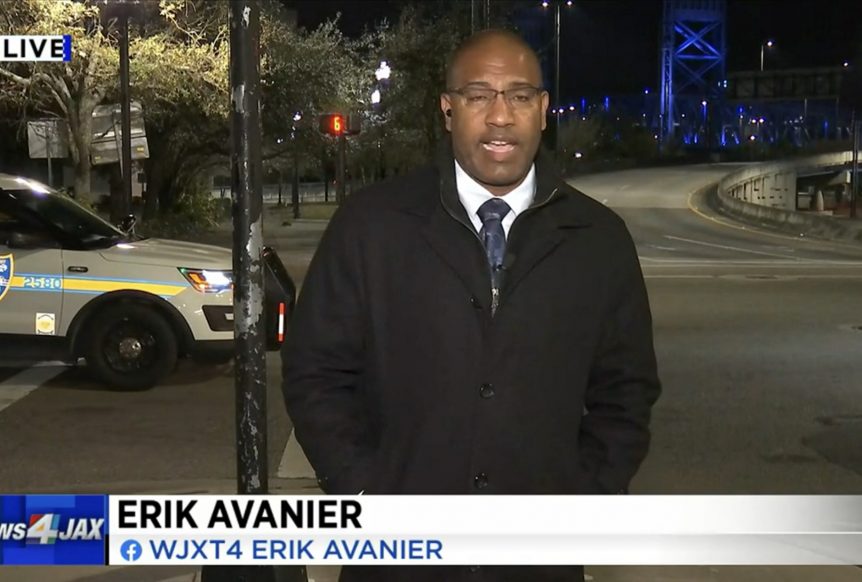 A WJXT reporter had a scary encounter this week when he nearly hit a panhandler who had walked into a “busy roadway.”

Erik Avanier, who reports for the Jacksonville, Fla. station, says he was exiting the Main Street Bridge in his car when he came within a foot of hitting the man. He interviewed the panhandler afterward and wrote about it for the station:

I called police, and as a reporter, I began recording video of the man continuing to put himself and others in danger.

Erik: “Do you understand?”

Panhandler: “I take that into consideration. I’m definitely thinking about it.”

I recorded the man walking into a busy roadway to beg for money. Notice in the video above that the light is green and traffic is moving.

Erik: “You’re an able bodied person who is out here spending all this energy to get money. Why can’t you go and find a job somewhere?”

Panhandler: “I can but I chose not to.”

Panhandler: “Because I don’t want to.”