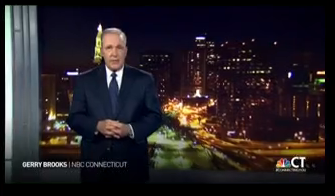 As we first told you Friday, NBC’s station in Connecticut, WVIT chose not to air Sunday Night with Megyn Kelly due to Kelly’s interview with controversial talk show host Alex Jones who had claimed the school shooting at Sandy Hook elementary school in 2012 was a hoax.

“For those of you tuning for Sunday Night with Megyn Kelly, NBC Connecticut has chosen not to air tonight’s broadcast,” said anchor Gerry Brooks in a pre-recorded statement that aired at 7 p.m. “The emotions around the tragedy of Sandy Book are simply too painful for the people of Connecticut.”

Brooks then promoted a special report on the station’s 11 p.m. newscast called The Voices of Sandy Hook, in which the station spoke to parents of the young victims who are affecting change.

It’s rare for an owned station to pre-empt network programming. In place of Kelly’s show, WVIT aired episodes of the WNBC-produced George to the Recuse, where host George Oliphant helps families in need of a home makeover.