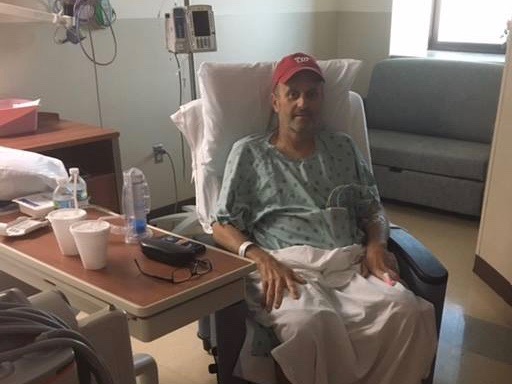 Stehr, who has been with WTHR for 22 years, made the announcement about his diagnosis and departure on Facebook.

“I will be stepping back from my role here at WTHR for several months to concentrate on my health. I have a long and arduous series of follow-up appointments, physical re-hab, and other things to go through before I can make it back to work. I have been further blessed to be in a job that allows me to share the good and bad, the highs and lows, and the major events that have defined our community over nearly a quarter of a century now. I look forward to resuming that as soon as I possibly can.”

Stehr told viewers that was diagnosed with an aneurysm over 10 years ago and now was the time to have surgery to correct the problem. Stehr said the station will do a story on his road to recovery.

“Understanding your medical needs and doing your best to meet them — for yourself and those who depend on you. Anne Marie Tiernon will have more details on that side of my story in the coming days,” he said in the post.