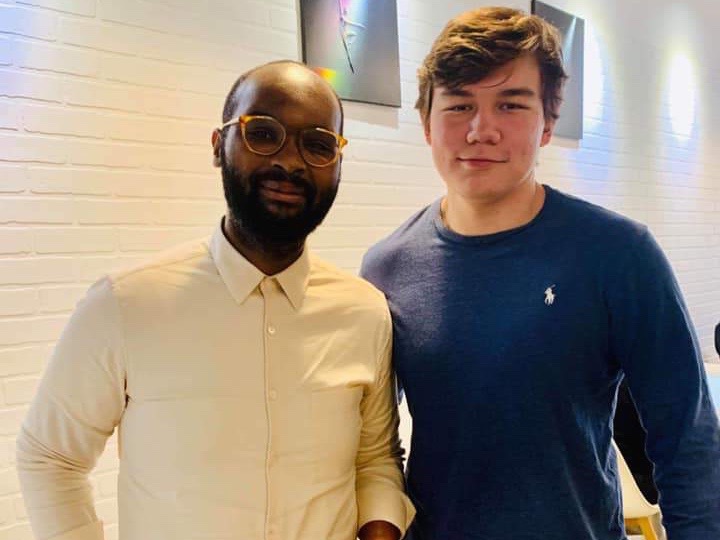 KPRC reporter Brandon Walker met the man who saved his life. His name is Alex Park, a local teen from was heading to the movies when he saw Walker laying on the street.

According to Walker, the last he remembers about that day is trying to cross the street.

“I don’t remember much, other than attempting to cross the street and being loaded into an ambulance. In fact, I didn’t know much, beyond what an officer told me in the ER. I faded in and out, joking with doctors and nurses, attempting to control a matter over which I had zero grasp.”

For three weeks, he remained in the hospital and when he finally he the chance to check messages on Facebook, he saw a note from Alex’s mother.

“Alex didn’t bear witness to the collision. No. However, life did bring him to the scene seconds after the crash occurred. I’m told Alex was headed to the cinema when he saw my body in the street. He pulled over, noticed the bleeding from my forehead, ran to his car, and returned with a t-shirt. Alex tied said shirt around my head to control the bleeding, as there was a lot. He wasn’t done. Alex then directed traffic, and instructed the driver of the truck that struck me to call 9-11, I’ve been told. He then returned to me, as I went in and out of consciousness. The story goes I tried to get up. Alex told me not to do so. He feared spinal injuries.”

The meeting was emotional for Walker who is still trying to recover from his injuries.

You can read the full story about the reunion here.