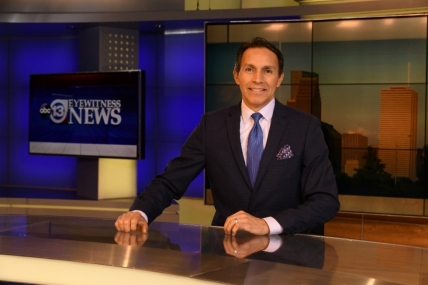 KTRK viewers will soon say goodbye to one of the station’s most familiar faces.

Art Rascon, who has been an anchor at the Houston ABC affiliate since 1998, will depart the station at the end of the year, KTRK president and general manager Wendy Granato announced.

“KTRK ABC13 has been home to many iconic journalists through the years, and Art Rascon is certainly in that elite club,” Granato said. “He is passionate, fearless, unique and authentic—and KTRK is a better station because of Art’s many contributions to our viewers and to our communities.”

Rascon has spent 36 years in the TV news business, and more than 28 at ABC-owned stations. Before joining KTRK, Rascon worked as a national correspondent for CBS News and as a reporter for ABC-owned Los Angeles station KABC. Over the course of his career, he has reported from more than 70 countries and five continents and has covered the news from almost every state in the United States.

“Thank you for such an incredible and rewarding journey,” Rascon wrote in a note to ABC13 staff about his impending departure. “You know how to cover news and every day you bring amazing stories to life … You have my most sincere gratitude for your hard work and incredible insight into producing award-winning stories. It has been such a blessing to witness history in a remarkable way. Truly, I have had the best job in the world.”

As KTRK viewers lose one member of the Rascon family, they will gain another. Rascon’s son, Jacob Rascon, who has worked as a NBC News correspondent and as a local news reporter for KNBC in Los Angeles, KFOX in El Paso and KPRC in Houston, will join the station as a news anchor and reporter beginning in 2022.

“Like his father, Jacob Rascon epitomizes quality journalism. His experience as a national correspondent covering the biggest stories around the world brings a unique perspective,” Granato said. “Jacob is committed to pursuing stories that make a difference in our community and amplifying the voices of the underrepresented. His love for his hometown of Houston is an extra bonus that makes him an excellent anchor and reporter. ABC13 is thrilled the Rascon legacy will continue.”