NEXT:WSMV Gets A New General Manager
PREVIOUS:WESH Anchor No Longer At Station 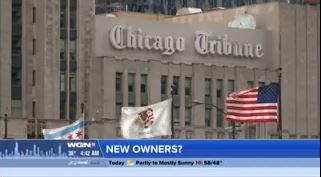 Conservative TV networks Newsmax and One America News Network have submitted formal petitions to the FCC saying the merger is not in the best interest of consumers.

“This transaction creates an unprecedented concentration of power in the hands of one broadcaster while setting the stage for other television broadcast networks to amass similar market penetration,” Newsmax’s petition reads. “The Federal Communications Commission is seeking to enable this transaction through regulatory sleight of hand, an approach that will end decades of bipartisan consensus on the importance of limiting television broadcast networks’ market reach and, consequently, their influence and power.”

Meanwhile, Variety reports that progressive group called Allied in Progress sent letters to all employees of Tribune and Sinclair.

“We respect the hard work of local news reporters, editors and producers, and have deep concerns about Sinclair’s corporate governance and the overtly partisan programming they require stations to run,” wrote Karl Frisch, executive director of Allied Progress.