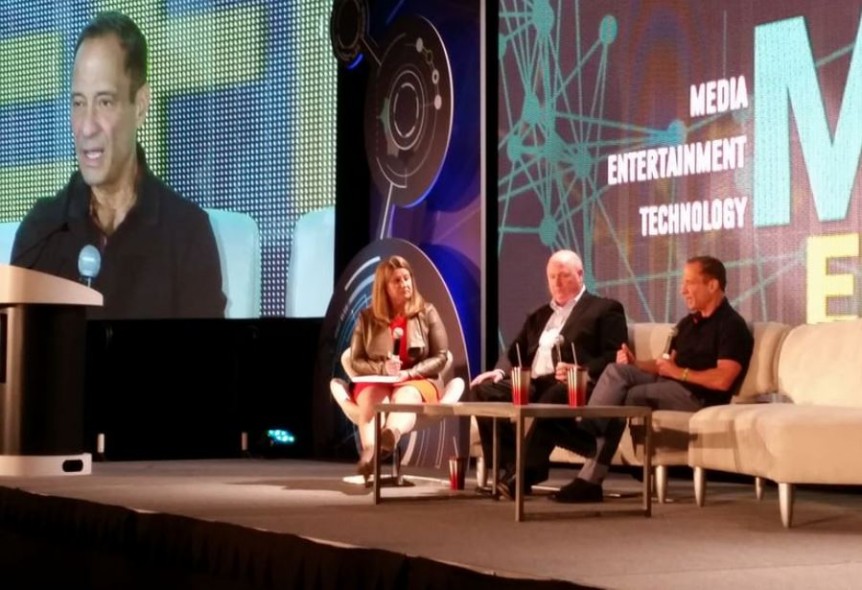 Harvey Levin called it “hilarious, and kind of sad,” that he was in the waiting room of the White House West Wing and no one asked why he was there.

Levin said he saw “probably 100 people, including reporters, and nothing happened until a week later and then people were furious that I got in there.”

Levin met with Trump in the Oval Office early last month. It followed a special on Fox News, called OBJECTified, in which Levin got an inside look at Trump’s sumptuous, pre-political life in New York. Fox was so impressed with the big viewership, it ordered more episodes.

“I think there are some traditional media outlets that are being ruined by this administration and ruined by their own needs,” Levin said during a panel at the NAB Show today in Las Vegas. “There are certain networks and newspapers that are very clear on who they are and what they feel and that’s fine. When you pretend like you’re objective but you’re not and you are angry and you are trying to kill and bully, I think that is killing them. And I don’t think they know it yet but I think some of the most trusted names in news are not trusted anymore.”

“The fun part about TMZ is when we got calls from the studios telling us to stop going after their stars… I said they (TMZ) are putting on a pretty good show for us… if you don’t want your stars on TMZ, don’t have them drive their cars through a wall at a restaurant.”