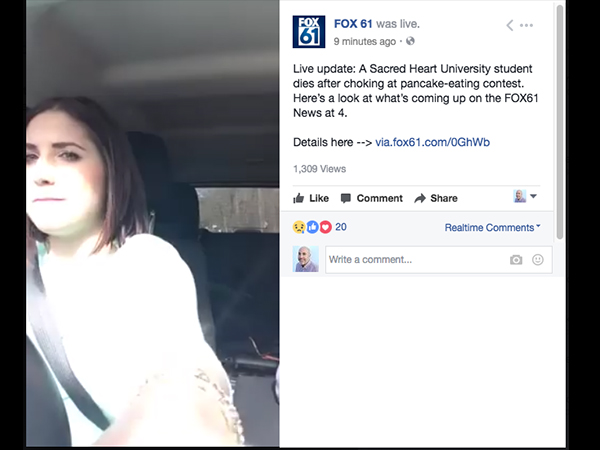 Corrado was broadcasting on Facebook Live while she was behind the wheel.

“Don’t worry. I set up this Facebook live before I started driving,” Corrado told viewers on the video which has since been taken down. “So we’re all safe over here.”

Corrado was on her way to her assignment at Sacred Heart University and fiddling with her GPS while broadcasting on social media. She’s been covering the story about a student who choked to death while competing in a pancake eating contest.

“Local news anchor killed while driving distracted,” one viewer wrote in the comments. “Don’t write your station’s next news story.”

A Tribune spokesperson told TVSpy, “The safety of our employees is always our top priority, we have spoken with the reporter, communicated to all managers and we will also be speaking with the staff to reinforce this safety issue on a consistent basis.”