NEXT:Sara Rivest Is Leaving Louisville With a Legacy
PREVIOUS:On the Move: Jan. 23 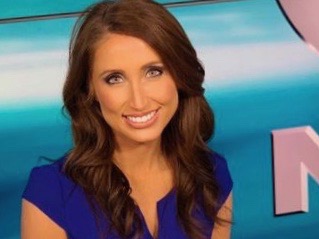 The video is Bachelor worthy.

On Wednesday, CBS 21 anchor Jessie McDonough received the surprise of her life in Harrisburg, Pa.

Her boyfriend, Danny, showed up to the station with a big question. On live television, he asked if she would marry him.

Here’s how it went down.

“Oh my gosh, I’m panicking,” she said, as he presented her with a flower bouquet.

“My time in Austin and my time being here definitely made one thing clear, that I love you,” he said. “You mean a lot and I definitely don’t want to be apart again.”

“With that being said, Jessie McDonough will you marry me?” he asked.

“Oh my gosh, I did not expect this,” she said before saying “yes.”

Later McDonough took to Twitter to say, “Biggest SURPRISE of my life! Love you Danny We are engaged and man did he surprise me!”

McDonough is the station’s morning and noon anchor. The Pennsylvania native was born and raised in Pittsburgh. She’s worked in South Bend, Ind., Jacksonville, Fla., and El Paso, Texas.

Our own CBS21 Morning News Anchor @JessieCBS21 was in for a huge on-air surprise, when her longtime boyfriend, Danny, proposed during our noon newscast.
CONGRATULATIONS JESSIE 🎉🎊💍 pic.twitter.com/hvVpusvC0m