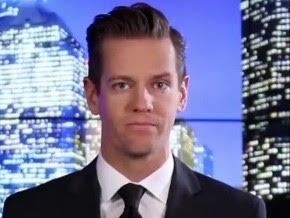 Eli Roberts has left WEVV to join i24 News as an anchor and Middle East correspondent based in Tel Aviv.

TVSpy first reported when Roberts joined the CBS-Fox affiliate in Evansville, Indiana in 2017.

Before arriving in Indiana, Roberts worked for Fox 4 in Fort Myers.

The USC grad was previously based in Israel as an anchor for Channel One , now called Artuz Ca’an.